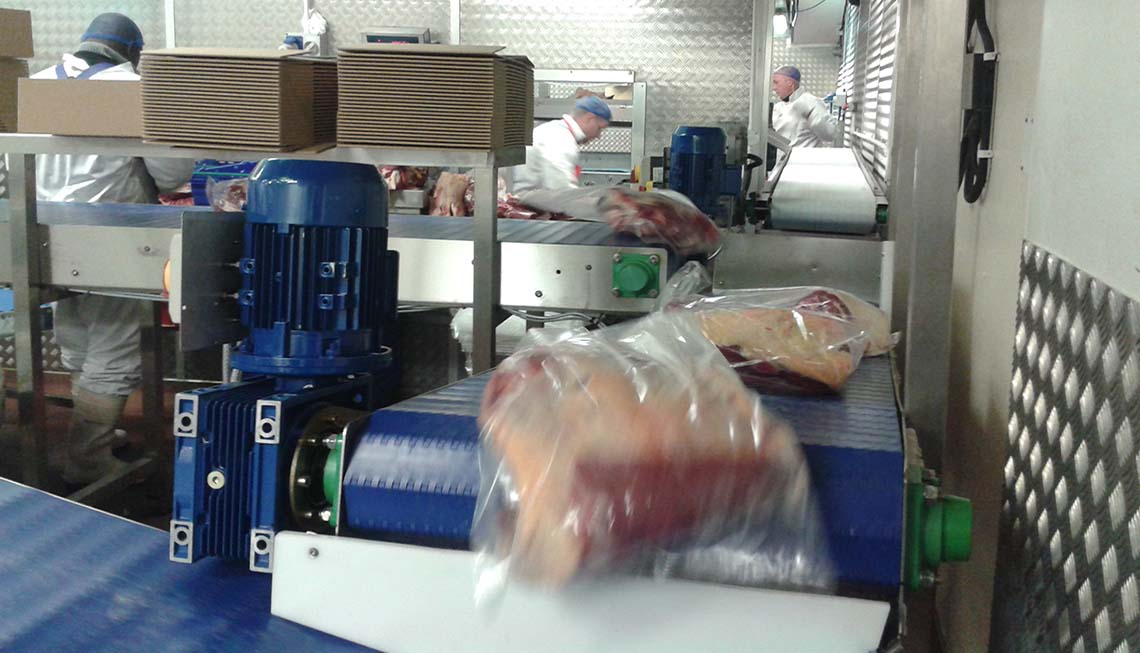 Modular belt conveyors manufactured in the UK by Spaceguard

Modular belt conveyors by Spaceguard provide a reliable solution for a wide variety of conveyor applications.

The positive driven plastic modular belt conveyor is able to be configured to suit a wide range of products. It is also very versatile with the capability to transport items horizontally, up inclines and round corners.

The hygienic design of the medium duty conveyor is also ideal for many areas including industrial and direct food applications. It is particularly suitable in environments where after use cleaning and wash down is required. This is especially important in food processing for example.

What is a modular conveyor belt?

For this reason and due to the ease in which the belt can be removed and cleaned, modular conveyors are often used in the food industry. The interlocking modules of the belt also allow for air or liquids to pass through which again is beneficial in the food industry for drying items.

Our team is available to discuss all your modular belt conveyor needs. They will happily advise you on the best solution to suit your requirements. We offer fast quotes on any conveyor at an affordable price.

Areas in which modular conveyor belts can be found include:

What are the advantages of using modular belt conveyors?

The materials used to construct the belt are durable, chemical resistant, and also suitable for exposure to hot and cold temperatures (-60°C to 170°C).

If a modular belt does become damaged, it is very easy and economical to replace a small section of the belt rather than having to replace the whole belt. The parts of a modular belt link together with pins, somewhat similar to the linking methods used in metal watch straps. These links can be removed or replaced with ease and at low cost.

The modular belt also differs from a regular conveyor belt in that it does not have tracking issues. As the drive sprockets interlock with the belt itself there is little opportunity for the belt to shift or slip out of alignment when lateral force is applied.

The belt can be removed entirely for disinfecting and cleaning purposes within just minutes.

Conveyor bends and corners also become easily achievable through the use of a modular belt. Similarly flights (also known as cleats) can simply be attached to the modular belting. A flight is added to a conveyor to prevent fall back of items when travelling upwards. In contrast, regular conveyor belts flights have to be fused to the belt material itself.

What are the disadvantages of using modular plastic conveyor belts?

The cost of the belting itself can be costly in comparison to a traditional conveyor belt. This is due to the labour required to create the interlocked mesh.

These conveyors also cannot run at high speeds unlike a traditional flat belt conveyor. without getting loud. In some environments this could be problematic.

Plastic modular belts also have a set pitch, meaning any belt replacement has to be an exact match to suit the existing sprockets. 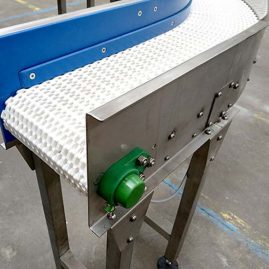 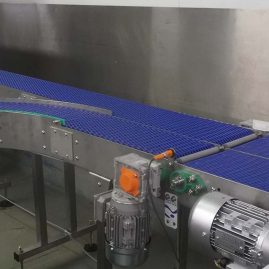 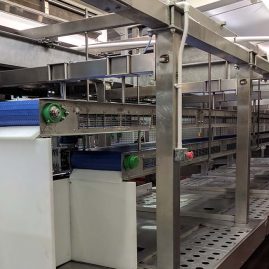 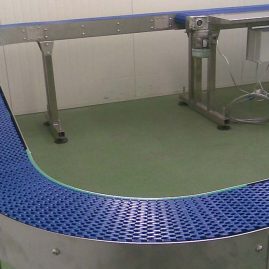 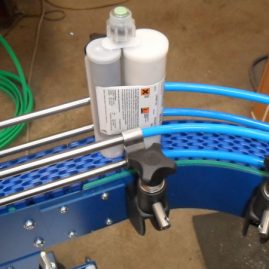 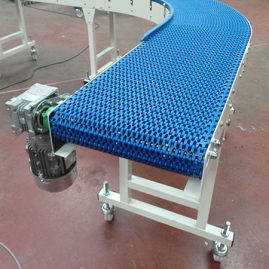 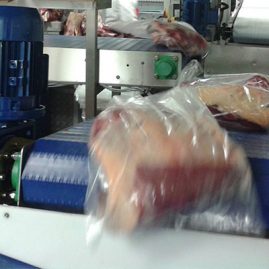 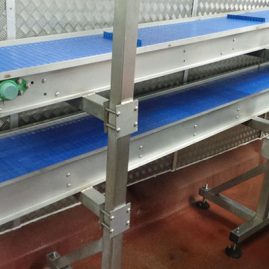 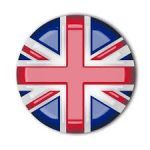 Spaceguard is a UK Manufacturer

Spaceguard has many years of experience in delivering reliable bespoke stainless steel conveyors for the food and pharmaceutical industries. We also have an excellent relationship with many leading industries who trust us to supply their belt conveyors. As a UK manufacturer Spaceguard is an ideal partner to deliver a robust and also reliable long lasting conveyors, at a realistic cost to your requirements.