What is belt conveyor tracking?

Parts of a Conveyor Belt

The belt is the material on which the products are transported. They're available in numerous materials such as thermoplastics, metal, rubber, fabric and leather. A number of these are available with different weaves and coatings. The goal of conveyor tracking is to ensure this belt runs straight. 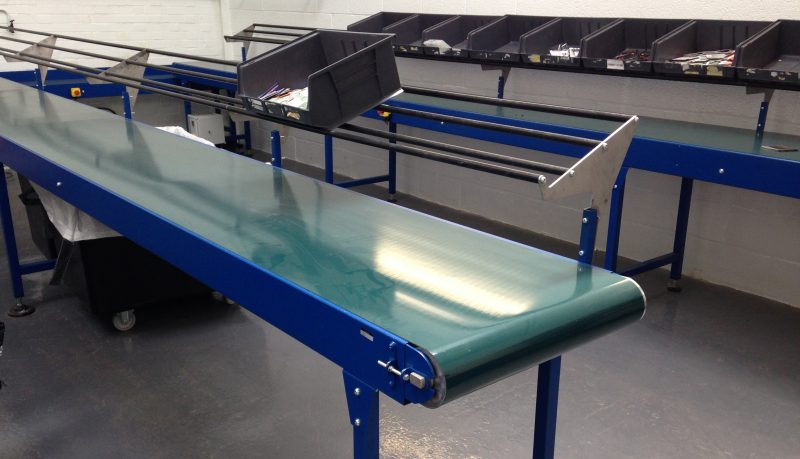 
When referring to conveyor systems, pulleys are sometimes also known as drums. 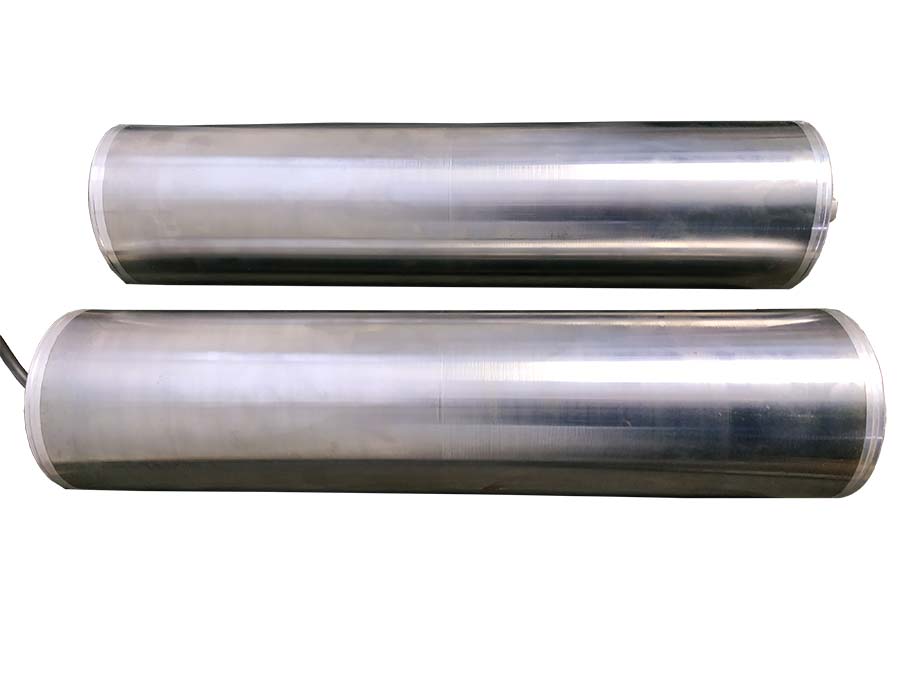 The head pulley usually drives the conveyor. It is important for this pulley to have good traction, for this reason is is often lagged. Lagging is where the face of the pulley is coated with a material such as rubber or ceramic coating which increases traction. During conveyor maintenance the lagging should be checked to ensure it is still generating friction and hasn't become worn down.

Located at the opposite end of the belt to the head pulley. Often an idler pulley but can be driven in some cases. The tail pulley can take the role of the take-up pulley in shorter conveyor belts.

A snub pulley increases a drive pulleys traction by increasing the wrap angle.

A Drive Pulley has an external power source which rotates the pulley and thus drives the conveyor belt. They're often used as the head pulley, however centre drive conveyors are common.

An Idler pulley rotates freely and is driven by the belt only, it has no drive function of its own.

A bend pulley is used for changing the direction of the belt.

These are adjustable pulleys to allow for proper belt tensioning

At the most basic level a conveyor consists of two pulleys; a drive pulley, an idler pulley, and a belt that wraps around them. In many applications however a standard belt conveyor without any additional tracking measures would be insufficient. For example when loading items onto the belt, the belt can be shifted off centre, without tracking measures in place the belt would run off and become damaged.

Belt tracking measures ensure that this does not happen and any issues can be fixed before the conveyor becomes unusable . As well as saving in the cost of repeatedly buying replacement belts, correct belt conveyor tracking can decrease overall maintenance and downtime. A modular conveyor however does not have these tracking issues. 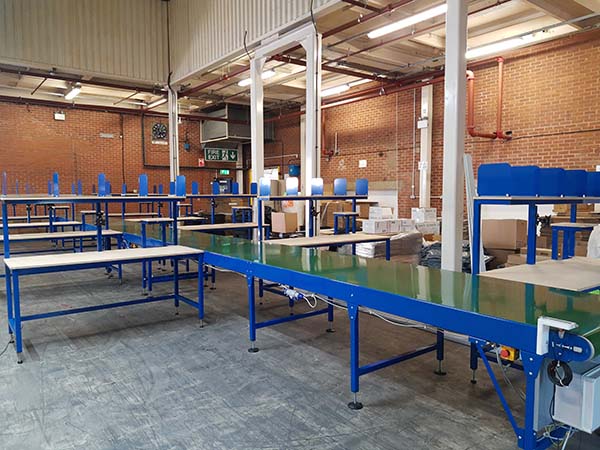 Conveyor belt tracking problems are often blamed on the belts themselves. This is not always the case. Usually the problems can be blamed on poor installation, such as pulleys and rollers not being properly adjusted, or using the wrong belt tracking measures. Sometimes however it's simply just faulty conveyor design.

Factors that can effect belt tracking include:

Belt tracking measures can be quite basic, they're used to maintain a correctly aligned belt in position. In other cases however, additional measures may be required.

A crowned or tapered pulley can aid in belt tracking

Once the belt reaches the centre however the tension should be even as there is an equal amount of slack on each side of the belt. If the belt begins to go off centre for any reason, the crowned pulley will naturally guide the belt back into the centre. The taper ideally should be very gradual, as you can imagine any angular parts the belt will run over could cause damage to the belt. When performing belt conveyor tracking, there should be enough tension in the conveyor for the belt to conform to the crown pulleys if used.

A guiding pulley, or control pulley, is a snub pulley that is adjustable. As previously mentioned a snub pulley increases the wrap angle of the belt over the drive pulley which improves the traction. These pulleys can be coated with a material to improve friction. Ideally the area of contact for the belt on the guiding pulley should be a minimum of 30 degrees of the pulley circumference.

A guiding profile is a shaped wedge that is added onto running side of the belt. Often V shaped, though other shapes are sometimes used. They are not recommended for general use as belt conveyor tracking assistance as they incur higher productions costs and have a limited scope for use.

A guiding profile is not usually utilised for belts running at high speed as the guiding profiles have a tendency to slip from their running groove. They are suitable however to lessen the effects of transverse forces on the belt, such as occasions where side loading is required. In wider belts, or belts of thinner material it is recommended to use two guiding profiles, one located at each edge of the belt rather than one centrally.

Where a belt has a v-guide in the underside, often the pulley will be straight faced, as there is no need for the pulley to have a crowned shape, the guide alone should keep the belt centred as required.

As a short guide this should give you an idea of what could be causing your belt tracking issues, and how you can fix them. If you would like expert advice on your conveyor belt tracking, contact your conveyor manufacturer.  Spaceguard is a UK conveyor system manufacturer with many years of experience in providing high quality, cost effective automation and industrial equipment.

Other Products Manufactured by Spaceguard 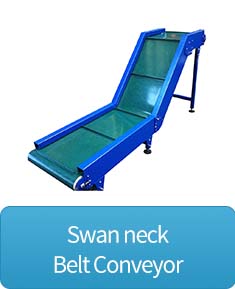 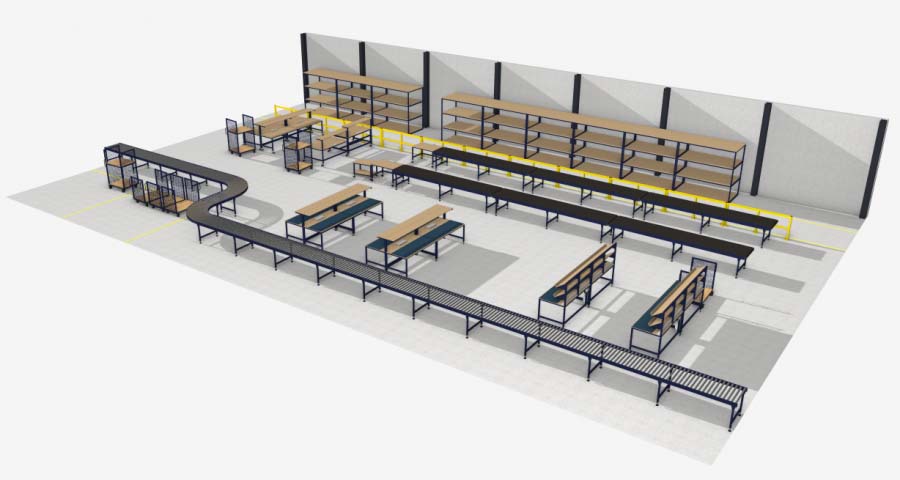